This past weekend, I went to a restaurant that I like – I wont give the detail about the actual name (since it appears they have some legal issues) but it is a quick service restaurant, has good food, and it appears that they have expanded to 10 or 11 locations in the State of New Jersey – and I noticed a sign in the window that read:

Help Us Change The Name of Our Restaurant:

Enter our Contest by Suggesting a New Name

So, why would a successful restaurant with 10 other locations want to change its name?

Well, the issue could have to do with a trademark problem, but in this case, after talking to some of the staff it turns out that the “issue” came about because a licensing versus franchising problem. The problem may in fact be benefiting the owner of the particular restaurant location.

Turns out that the restaurant was a “licensed location” – one of ten others. A number of years ago, the person who established this restaurant concept and brand decided to expand beyond her successful location. For whatever reason, she decided to “license” additional locations (for the record, she is not a client of ours). She avoided franchising and it turns out (as is almost always the case) the licenses that she was issuing were really franchises and she probably violated the franchise laws.

Even though she violated the franchise laws over the past three years (until now) she had no legal problems and her one location expanded to 11. People bought “licenses” and established their own locations and paid her monthly royalties. Fast forward three years and when a conflict arose with one of her licensees (who just so happens to be the owner of the location that I was at) it turns out that he hired a franchise lawyer and they challenged the legality of the licenses that were offered, i.e.: this licensee and his franchise lawyer claimed that the franchise laws were violated because the license was really a franchise and since he was not provided with a Franchise Disclosure Document that the entire transaction was voidable and that he was entitled to damages.

The licensor (really a franchisor) realized that she would be faced with an uphill battle. Even though she may have done everything right and this licensee made money, since she violated the franchise laws she decided to settle without the parties going to court.

What was the settlement? (Not good for the founder of the concept)

Well, in this case she – the licensor who was really a franchisor and who started and founded this restaurant concept – agreed to allow her licensee (the owner of this particular restaurant location) to basically get out of his contract (the license agreement) and to continue to operate the restaurant. The only thing he has to do is change the name, and other than that, everything will stay the same – same food, same menu items, same décor, same concept – but just with a different name.

Why is this so unfortunate?

Because one simple and very unfortunate mistake – violating the franchise laws by attempting to follow a licensing shortcut – has undermined all of the efforts and success that she has put into expansion. She will lose her licensees, the monthly royalty revenue her licensees were paying her, and in the process she will have created 10 new competitors who will be operating by different names but nevertheless with her training and identical business models. She severely damaged her chances for future expansion.

It is a shame because she was on to something. 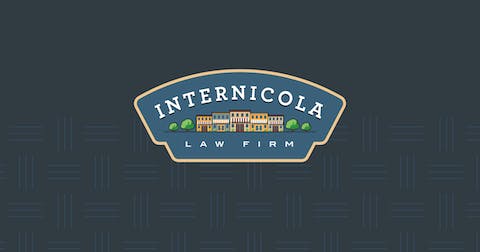