Whether you’re just starting out as a franchisor or you’re closing your 100th deal, having an exit strategy in place is critical for maximizing the value of your franchise system before selling it in the future.

From private equity to generational inheritance and conglomerate sales, making sure your brand is positioned for future sale and investment opportunities is important. By following best practices, adopting smart strategies and knowing the right steps to take early on, you can increase the value of your franchise system while ensuring you’re well-prepared when it’s finally time to exit your business.

In this guide, we’ll explore the winning strategies every franchisor should know before selling a franchise – and what you can do today to maximize your brand’s value in the future.

1. Begin with the end in mind

When you’re getting started in the franchising world, it’s important to begin with the end in mind. When drafting your initial Franchise Disclosure Document (FDD) and franchise agreement with your attorney, it’s a good idea to have an exit strategy in place – even before you’ve sold your first franchise. By making sure your future exit is built into your franchise system’s legal foundation early on, you’ll add value to your brand from the start.

“What are the things that you're going to be looking at now, as you're going through a deal, or something that someone five years from now – as they sit down in an equity transaction – is going to be evaluating that they would have wished [you] had done better or thought about more if [you] could have gone back in time?” says Charles N. Internicola, a franchise attorney with over 25 years of franchise experience and the founder of The Internicola Law Firm.

For startup or emerging franchisors, it’s also a smart idea to develop a three- to five-year franchise success plan before selling your first franchise. This process can help you gain clarity about your vision while empowering you to set milestones for growing your brand over time.

“For new franchisors, as we're developing the FDD – and really the development strategy embedded in it – it's always, what does that three- to five-year vision look like? What does a potential equity investment in year four and five look like? And how do all of your documents and your compliance practices hold up?” Internicola says.

When developing your five-year plan, take time to think about how your exit strategy fits into your vision for the future – and make sure to leave room for a potential private equity investment in years four or five.

For more mature franchisors that have possibly already taken on some private equity, building an exit strategy around your franchise’s compliance systems can be a good approach.

“We have brands that are in acceleration mode – some have already taken on some private equity and they're at the second stage of their growth. And there are other more mature systems. But I think the answer along the way is, you have to build in your compliance systems or your exit strategies when developing your franchise program and how you maintain compliance,” Internicola says.

By maintaining ongoing compliance with franchise laws, keeping your documents and filings up to date, and having a plan for managing franchisee relationships and compliance, you can add value to your already-established franchise brand as a seasoned franchisor.

2. Choose an exit strategy that’s right for you

Every franchisor has a unique set of personal and professional goals. Because of that, it’s important to understand the exit options that are available to you and to choose the exit that best aligns with your goals.

In recent years, private equity exits – or selling a franchise to private investors – have become a popular exit strategy for franchisors.

Because private investors acquire franchise brands with the goal of making excellent purchases, private equity exits typically require franchisors to undergo deeper levels of financial and legal scrutiny than other exits. Because of that, it can be a good idea to plan your exit strategy around private equity regardless of whether you ultimately choose a different exit in the future.

Although private equity exits are common among franchisors selling their franchise systems, generational inheritance exits are also popular for franchisors with children or other family members that are interested in taking over the family franchise. If generational inheritance is your preferred exit strategy, it’s a good idea to work with an experienced attorney to draw up the appropriate legal documentation.

When it comes to maximizing your brand’s value, there are strategies and steps you can take to make sure your franchise system will be attractive to potential investors further down the road.

At the foundational level, making sure your franchise system stays compliant with federal and state franchise laws and regulations is critical for maximizing its value potential. This includes avoiding regulatory violations, steering clear of lawsuits and making sure all filings and licenses are current.

“When you're selling, you're going to make representations and warranties that your franchise company is in good standing, that [you’re] in compliance with franchise laws or [you] don't know of any violations – that [you] haven't made illegal financial performance representations,” Internicola says.

When it comes to franchising, intellectual property can make or break your franchise brand. Because of that, it’s critical to register your trademarks with the U.S. Patent and Trademark Office as early as possible – and continue policing those trademarks until you exit the business.

“The better your Item 19 is, the more protection you'll have. Not only will it help with franchise sales, but [it will also] get rid of the ambiguity of bad Item 19’s and make sure you're drilling down with your team members on good sales practices,” Internicola says.

During the exit process, making honest representations and warranties to private equity investors or buyers is critical – not only for maintaining good professional relationships but also for limiting potential legal and financial liabilities.

“First of all, you need to make those representations for a deal to happen. And second, even after you close a deal, if they're false, there could be an ability for a buyer to come back and either clawback compensation or you could have liability,” Internicola says.

Despite those risks, making honest representations and warranties is within your control as a franchisor – and it should be a priority from day one.

“If we think we're selling to private equity in five years, and we know we're going to have to make those promises, those representations, we want to make sure our compliance program addresses those issues and we can confidently, without having any possibility of repercussions, say those things affirmatively,” Lincer says.

Even in cases where a franchisor might have been involved in litigation at some point, it’s important to be upfront about those situations with potential investors to avoid paying a higher price later.

“It's not unusual where sometimes we have a litigated matter that's out of our control. Maybe we had a rogue franchisee that tried to open up a competing business, and we could say we didn't have any litigation except for this one instance, and here's the information about that – which generally won't be seen as a negative. We're trying to figure out ways where we can make those representations without having the private equity company come back after us and potentially … pull back some money,” Lincer says.

Because private equity firms typically focus on liability issues during the franchise acquisition process, it’s important to make sure possible legal liabilities are minimized throughout your franchising journey.

Although it isn’t always possible to avoid litigation as a franchisor, you can add value to your franchise system by working with an experienced franchise attorney to build a rock-solid legal foundation for your franchise – particularly when it comes to developing a private equity exit strategy.

“Part of the sales document and the agreement between the private equity firm and the franchise system that is selling is something called representations. Basically, they're the promises of the seller. If these promises aren't accurate, there are some repercussions, typically. So I'm thinking about this on day one – because a lot of those representations will trail back five years from now,” Lincer says.

“You need to have provisions that allow acquisition – allow you to be acquired without requiring franchisee consent. … You need a very robust [franchise] development in terms of anyone who acquires your brand is going to be looking for expansion opportunities, so you need to be really precise on how your agreement grants franchise territories. Do you have carve-outs for certain captive market accounts? And is your IP and your entire infrastructure protected?” Internicola says.

Because private equity firms want to make sure they aren’t investing in a brand that’s going to explode on them in the future, expect the acquisition process to involve scrutiny of your franchise system’s past litigation, defaults and other compliance issues.

Confidentiality clauses are also critical to include in your franchise’s legal documents. And in situations where a franchise system relies on a few key employees, it can also be a good idea to make sure those valuable employees are locked into a contract. By retaining top talent, you can add unique value to your franchise system and make it more attractive to potential investors.

Indemnification can add a layer of protection

Although franchisors can limit much of their legal exposure by working with a lawyer to establish a strong legal foundation for their business, the potential for unanticipated risks is always present when it comes to exiting a franchise. It’s important to work with an experienced franchise attorney to make sure the proper legal safeguards are in place when selling a franchise, including indemnification.

Although some insurance companies offer coverage for representations and warranty claims, due to policy limitations franchisors should be proactive in their exit strategies by including indemnification provisions in future deals with private equity investors.

“Generally, a seller of a franchise system is going to want to have some sort of cap on [liabilities]. And it could be a monetary cap; it could be a time lapse – after a year, the indemnification obligations are going to subside,” Lincer says, adding that indemnification could be negotiated by a qualified attorney as a material part of the transaction.

In addition to limiting your liability as both a franchisor and the seller of a franchise system, franchising the right way – with the help of a seasoned franchise attorney – can offer other important benefits. From stronger legal protections and improved contract provisions to better negotiations and enhanced due diligence, working with a law firm that specializes in franchising can ensure that your journey as a franchisor is a success, from FDD to exit.

Listen to the full interview:

To learn more about how we can help you maximize your brand’s value and develop an exit strategy that works for you, contact us using the button below or call (800) 976-4904. 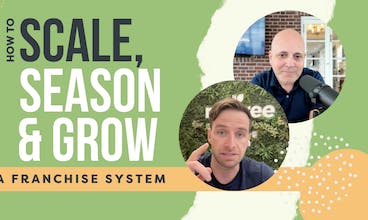 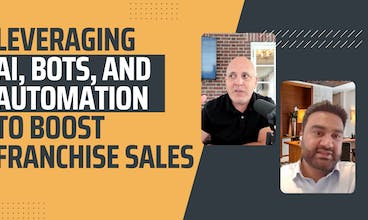 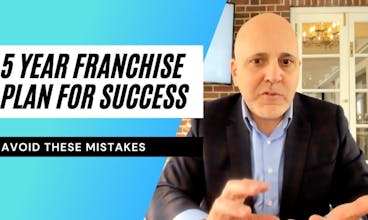 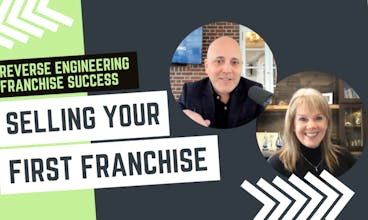 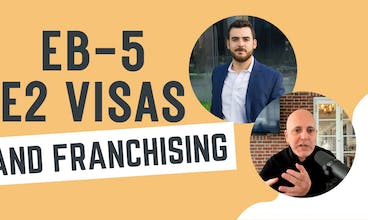 What Multiplier Should I Use When Valuing My Business?

Who Do I Need to Hire When Selling My Business?