When it comes to building great franchise systems, new and emerging franchisors often wonder what it takes to transform a startup brand into a thriving system that will stand the test of time.

The answer lies in establishing a strong brand culture that values authenticity, puts people first, and lives up to its mission. For franchisors, this includes remembering the humans and stories behind your brand’s key performance indicators (KPIs) and developing consistent coaching systems that are focused on increasing awareness and improving daily operations.

To learn more about the ways culture, data and coaching can be used to create better franchise systems, The Internicola Law Firm turned to client Cody Pepper, CEO of Bee Healthy Cafe, a health-centric franchise that recently expanded to six locations in under a year after a successful rebranding that brought its mission back into the spotlight.

1. Develop a mission-driven culture of authenticity

“Our mission statement is ‘to make it easy to be healthy’ – and we fight every day for that mission,” says Pepper, who was brought onboard at Bee Healthy Cafe in 2019 to help co-founders Cindy and Amir Alavi prepare to franchise their successful small business, which was called Health Nut at the time.

That process included renaming and rebranding the company while centering every aspect of its daily operations around the brand’s health-focused mission. Today, everything from Bee Healthy Cafe’s menu – which features wraps, salads, quinoa bowls, sandwiches and smoothies made entirely without preservatives or added sugar, using only natural sweeteners – to its corporate culture and daily operations are guided by specific values Pepper says contributed to the franchise’s success.

“One of the tenets that we believe in is where we have three corporate values … humanity, humility and hunger. And we really do approach things that way. We approach finding franchisees that way and approach how to help each other that way. We always start with humanity,” Pepper says.

That human-centered approach is something franchise experts say is critical for building a great brand culture, no matter what industry your franchise operates in.
“When you're at a good restaurant and you see the staff that's really proud of the menu and what they're doing, that's a big deal – not only for them, but for people and connecting and purpose. … [Because you could] go to a restaurant where that life isn't there, and everyone's going through the motions,” says Charles N. Internicola, a franchise attorney with over 25 years of experience and the founder of The Internicola Law Firm.

2. Remember the people behind your KPI numbers

As an expert in franchise development, Internicola stresses the importance of key performance indicators but cautions that startup franchisors should be cautious when reviewing metrics to avoid developing bad habits early on.

“For those startup and emerging franchisors out there, you're not going to get it right all the time, but you need to be evaluating KPIs on a consistent basis. But sometimes people get focused on KPIs for the sake of it. So just dive a little deeper into that, because numbers are people too,” Internicola says.

To avoid the mistake of prioritizing numbers over humans, Pepper says it’s important to deliberately integrate humanity and humility into the process of reviewing KPIs – concepts that can sometimes get lost in the shuffle.

“I'm very process-oriented; I’m very numbers-driven. And one of the things we have to remind ourselves of is that numbers are people, too. And every KPI we use, every performance indicator we reference, recognizes a behavior. It's used as support for what we're thinking, not to lead what we're doing,” Pepper says.

For Pepper, the secret to success is found in the customers behind the metrics, including their behaviors and motivations when visiting Bee Healthy Cafe.

“We always harken back to, what's the person behind this behavior, this number? And that's really kind of been our driving factor – there's always something to learn that comes in our humility. The value, which is, we recognize that we have inherent value and experiences that are unique to us, but so does the person sitting across from us. And if we can seek to understand and learn from each other, we will become better as a result,” Pepper says.

At Bee Healthy Cafe, the practice of understanding the humans behind KPIs stems from the brand’s purposeful, mission-driven culture and values.

To keep Bee Healthy Cafe’s metrics as healthy as the food they serve, Pepper presents KPIs at monthly leaderboard meetings alongside discussions about customers’ underlying behaviors related to those numbers. In the past, Pepper has also utilized qualitative assessments to learn about what customers expect from the brand in order to better serve them.

“We were evaluating what made Health Nut, at the time, as it was called, so special. I did some qualitative surveys – I interviewed some of the most raving fanatics of Health Nut at the time, and I just sat down with them in the cafe as they walked in and said, ‘Hey, I'll buy you a smoothie if you give me five minutes to discuss,” Pepper recalls.

Those conversations led to the realization that customers valued the brand for its fresh ingredients, quick service, guilt-free menu offerings and, of course, the quality of the food itself.

“And then the last thing [customers] would do is, they would always lean in and say, ‘You know what? It's so damn good.’ And it was almost like it was a secret,” Pepper recalls with a laugh.

Although developing the right culture and remembering the people behind the numbers are important steps for building a great franchise system, it’s also important to make sure those steps are implemented across the entire franchise system – something franchisors can achieve through coaching.

“When we speak with successful franchisees, multi-unit operators, even young people, they say, ‘Hey, I bought my first X franchise and I barely had enough money to open it, but the franchisor was great at coaching and I didn't want to let them down.’ [Coaching] is probably the most important success factor for a franchise system. And I think it's the area that most franchise systems underperform,” Internicola says.

At Bee Healthy Cafe, coaching is an important part of the company’s success strategy. By incorporating the brand’s third tenet – hunger – into regular coaching sessions, Pepper says the franchise has been able to improve operations and increase awareness about effective management strategies.

“The hunger piece is taking what we've learned, what we've observed, what we've discovered and turning it into something that is better as a result of the implementation, the action that we're able to take. Because while we want to make it easy to be healthy and we want to democratize health in our markets where we operate, we also want to generate killer revenue for our franchisees. We want our people to get wealthy – we mean wealth in kind of the broader spectrum, you know, not just money but also rich experiences and being a part of a culture that they really value,” Pepper says.

To achieve those goals, Bee Healthy Cafe hosts monthly “Bee Productive” meetings that are focused not only on helping franchisees understand the franchise system’s performance goals but also the “why” behind them – information Pepper says franchisees can utilize in their businesses almost immediately after the session ends.

“What you shed light on will grow. We know that our business is not complicated. People overcomplicate things, and so we try to keep it simple. You know, the second half of our mission is to make it easy to be healthy, as easy as 1-2-3. … So we try to break things down into three areas, which is improving on how you manage and work with people, improving how you work with and manage products, and improving on where you manage and work with profit,” Pepper says.

By keeping coaching sessions simple and straightforward, franchisees are given the tools they need to increase awareness about operating ratios while improving their relationships with teammates and management, and identifying ways to be more strategic about labor use and waste reduction.

In addition to increasing profitability while remaining committed to the brand’s mission, those coaching sessions can also add value to the franchise system as a whole.

“Many times, startup franchisors or emerging brands will be focused on the sales – the franchise sales and not the performance. And even though it's not your goal, monthly meetings and coaching leads to more satisfied franchisees and better performance, which impacts you as a franchisor. Royalties, increasing franchisee validation, increasing [franchisee] performance eventually for Item 19. It just creates a thriving organization,” Internicola says.

Watch the video below:

Learn more about our clients 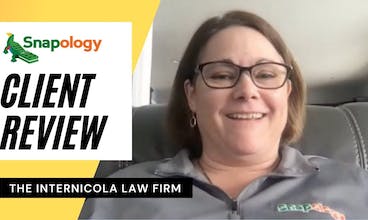 Snapology Co-Founder Laura Coe on the Path to Franchising Success 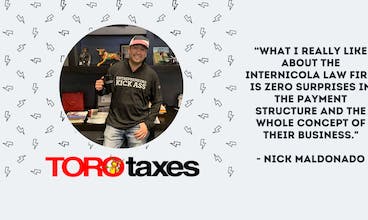 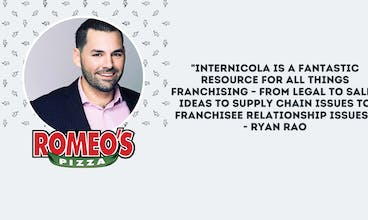 Let’s talk about how we can help grow your brand.