If these are questions that you have, then this guide will help.

For many international brands, franchising in the United States makes sense and is an achievable goal. Overall, whether you are a domestic US based brand or an international brand entering the US market, the process of franchising is largely the same and within this guide we'll discuss some of the unique factors that you need to be aware of as you enter the United States market. Generally, for an in depth understanding of franchising and how to franchising works in the US, read the Ultimate Guide to Franchising Your Business.

In the United States before you can legally offer or sell a franchise you must first comply with federal and state specific franchise laws that require the pre-sale disclosure of a legal prospectus to your prospective franchise buyers. This pre-sale disclosure is known as a Franchise Disclosure Document or FDD and it must be developed, prepared, and issued in accordance with the Federal Franchise Rule and state specific laws where you will be offering and selling franchises. In certain states known as the "Franchise Registration States", your FDD must also be submitted, reviewed, and registered with a state administrator. Once issued and, as applicable, registered with the franchise registration states, the your FDD must be properly disclosed to a prospective franchise buyer 14 days before they sign a franchise agreement or the payment of any fees. To learn more about the federal and state franchise laws and what states require FDD registrations and filings, visit our interactive franchise registration map.

Licensing is Not an Alternative to United States Franchise Expansion

When you enter the United States market it is important to determine your franchise sales strategy and whether you will be directly selling individual unit franchises, master franchises or, a combination of both. We discuss the differences below.

For legal protection purposes, generally, you should consider establishing a United States based franchising subsidiary company, e.g. XYZ USA Franchising, LLC. Your US franchise subsidiary company will be owned and controlled by you, will be incorporated within the United States, and will be the legal entity that will be granting franchises. Reasons why a US franchising subsidiary is recommended include limiting the liability of your parent company, limiting your legal exposure within the United States and, procedurally, because your US based FDD will either initially or, over time, require the inclusion of audited financial statements prepared in accordance with US based GAAP. Your US based subsidiary would be granted the license and right to use your trademarks and sell franchises in the United States. 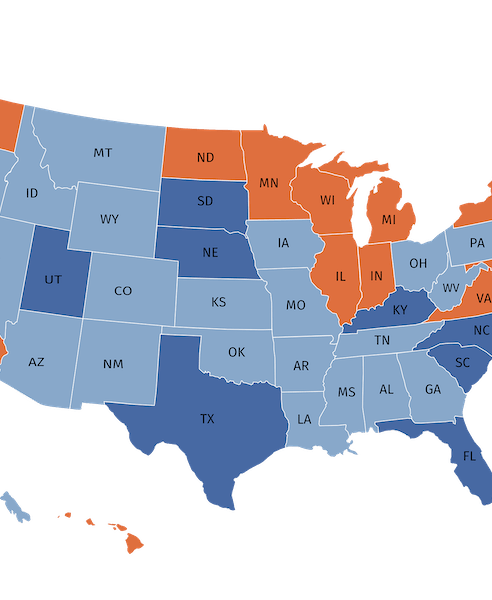 Forming Your US Based Franchising Entity

During the franchise development process, your franchise lawyers should be coordinating the formation of your US based franchising entity with your internal corporate legal team, accountants, and tax advisors. Some corporate formation issued that should be discussed and considered, include:

The state where the franchising entity will be formed.

Obtaining a tax identification number for the new franchising entity, opening a bank account, and depositing funds for capitalization.

From a capitalization standpoint, there is no technical requirement as to the amount of funds that need to be deposited into the bank account for your new franchise entity. However, in certain registration states, if a franchisor maintains a low level of capital relative to the investment that a franchisee will be required to make and the level of pre-opening training and support that the franchisor must provide, state specific franchise registration may be conditioned on the imposition of a financial assurance requirement that, most commonly, will require your franchising entity to defer receipt of a franchisee's initial franchise fee until you have completed all of your pre-opening training obligations, and the franchised business is opened.

The operations manual is a critical element to integrating the legal and operational obligations that your individual unit franchisees and, if applicable, your master franchisees will be expected to follow. As you enter the United States market you must develop an operations manual.